Between the costs and drain on time, both corporations and individuals typically only turn to lawyers out of absolute necessity, such as when a lawsuit needs to be defended or a grievance against another party cannot be resolved by any other means.

So choosing an attorney is a big decision. You want to know that you will get both top legal representation and also a lawyer you can trust to focus on your case. And that’s exactly what you can expect from Mike Reznick.

Before opening his own practice in 1991, Mike worked in law firms as small as five lawyers and as large as 2,000. Many of his former colleagues now give him referrals, and he continues to collaborate with some of his onetime associates in his Of Counsel role to prominent Southern California firms.

While big firms can throw all sorts of resources at a case — sometimes indiscriminately and at great expense to clients — Mike knows how to perform in a lean, cost-efficient manner, yet still provide the absolute highest level of legal services.

With his extensive network of professional contacts, Mike can staff a case to meet the demands of any situation. But you’ll never see unnecessary billing from Mike (or any antique grandfather clocks and $15,000 rugs in his office). In fact, Mike’s rates are literally half as expensive as the fees commonly charged by most of the similarly situated lawyers he routinely defeats.

And freed from the distracting internal politics that invariably creep into large firms, Mike can focus more keenly on his clients’ needs. You’ll always know that his commitment is to you, rather than to the demands of partners or billable hours quotas. 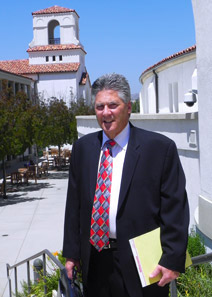